The Jeff Lamont Preserve: A Special Way to Remember - The Leelanau Conservancy
Skip to content 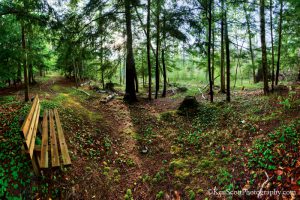 Last summer, staffer Gayle Egeler received a very sad phone call, but one that ultimately left her and her fellow co-workers inspired.  Longtime Conservancy member Bridget Lamont had called to say that her nearly 21-year-old son, Jeff, lay dying after battling cancer for the last six years.  Bridget and her husband, Tom, wanted to donate to our Leelanau Preservers program so that a tile in Jeff’s name could be mounted in our Village Green.  It was Bridget’s hope that Jeff would live to see his 21st  birthday, and she also wanted to show him a photograph of his tile.  “His mother wanted to be sure he knew that a piece of Leelanau would be saved forever in his name,” says Gayle.  Little did we, or she know that this Preservers gift was just the beginning.

Gayle quickly had a picture of a tile taken, and sent it off Priority mail.  Jeff, who loved Leelanau County, did live to see his 21st birthday, and the tile photo, but died three weeks later.  Bridget had told Gayle that Jeff loved Lake Michigan, and was a wildlife enthusiast who had a passion for walking in the woods.  A few weeks later, land protection specialist Tom Nelson received a call from Jeff’s uncle, Jeff Later.  Jeff explained that as the family began processing his nephew’s death, they had conceived of an idea to celebrate Jeff’s life beyond a Preservers tile.  They wanted to buy a 40-acre woodland near the family cottage on Cathead Bay that Jeff had enjoyed walking on.  Their idea was to then donate the land to the Conservancy and preserve it forever in Jeff’s honor.

As it turns out, the land, owned then by Sam and Debbie Middleton of Northport, has all the qualities that the Conservancy looks for when prioritizing land projects: excellent wildlife habitat and a variety of trees, flora and terrain.  The family approached the Middletons.  A deal was struck, and fundraising began for the $140,000 piece of property.

“People said we would never raise that kind of money,” says Jeff Later.  He and his family wrote 500 letters. “The donations starting flowing in,” he says.  “What a shock it was to see so many gifts from so many people, and some who never knew Jeff.”  A friend of Jeff’s launched his own 500-letter appeal.  Since then 420 gifts have been given in Jeff’s name, and nearly three quarters of the needed funds have been raised.

The Conservancy made up the difference from donations to its Land Acquisition Fund, and in January, purchased the 40 acres.  The dream of a Jeff Lamont Preserve became a reality.

One of the donations came from Al and Sue Manson of Springfield Illinois.  The Mansons are close friends of the Lamont family and own a home near Northport.  “We watched Jeff grow up and at 15, commence a six-year fight against cancer,” says Al.  “He was a brave, brilliant, and remarkable young man. Leelanau County was his light and refuge in the darkest days.  Jeff’s family and friends are truly, truly grateful for the Conservancy’s efforts.”

Plans for the Preserve call for a sign, small parking area, and a simple trail.  The Preserve will close in hunting season, an agreement critical to Sam Middleton.  He had concerns over public access, because he hunts on his own land that is adjacent to the preserve.  “Tom Nelson was real nice to work with,” he says. “He showed concern for what I wanted.  It was a positive experience.  I’m glad the land will stay as it is; a wildlife refuge and a place for deer to overwinter.”

“This project has flourished and has been one of the most satisfying things I’ve ever been involved in,” says Jeff Later.  “Unfortunately, it all centers on Jeff’s death but helps us deal with his loss.”

“The Lamont family story is incredible,” says Brian Price, Conservancy Director.  “The preserve is a reflection of Jeff and his family’s deep love for Leelanau and the natural world. It is this sort of emotional response that has fueled our work for 20 years.  We’re amazed and inspired by what has been accomplished.”

From our Spring 2008 Newsletter